Ottie Lockey is a professional arts administrator with 35 years experience.

Managing Director of Tafelmusik for 19 years, Ottie Lockey established one of the country’s most highly regarded musical organizations, securing for the highly respected orchestra and choir a wide audience, extensive recordings and an international touring network. 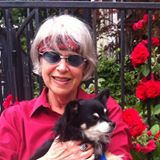 Starting in 2000 Ottie Lockey Management provided services and executive coaching to preeminent performing arts organizations such as The Banff Centre, National Arts Centre Orchestra, The Gryphon Trio, ARC Ensemble and Toronto Dance Theatre among many others. As a coach Ottie Lockey has helped many artists and artistic leaders achieve their personal and professional goals.

Ottie Lockey was an instructor in York University’s MBA Programme—Arts and Media Specialization—from 1997 to 2002.

Born in New York City, Ottie emigrated to Canada in 1966.  She has lived in Toronto since 1978 with her spouse Eve Zaremba who is the author of six Helen Keremos mysteries and a memoir The Broad Side: Reflections on a Long Life.  Recently Ottie commissioned a graphic novel adaptation of Zaremba’s “Work for a Million” from author Amanda Deibert and illustrator Selena Goulding, rebooting the story of the first dyke detective in genre fiction, which was published in 2021 by McClelland & Steward.

Ottie Lockey has been honored with the following awards:

To try a complimentary coaching session, just send a short message directly to me: ottie@ottielockey.com